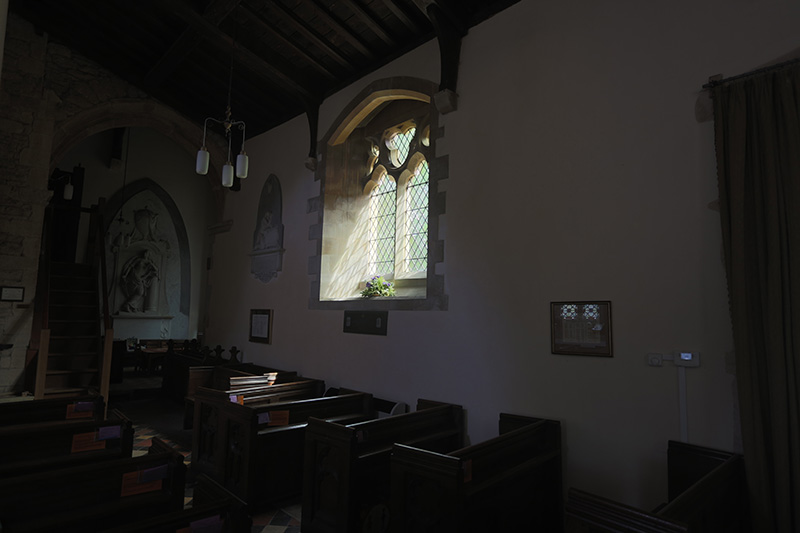 A week in Oxfordshire - 2 days of training on my Canon EOS camera and 2 days of being a tourist.

Today drove down to my home for the next week (Sturdy’s Castle Inn, Oxfordshire – a 400-year-old coaching inn) tomorrow start the on the 1st of 2 courses I have been wanting to do for a while – EOS for beginners (on Tuesday) & Optimise your EOS 5D Mark III (on Friday) and be a tourist on the 2 days in between. The inn is a short 1 mile from the EOS Training centre but, unfortunately, will not be able to walk to the centre as there is no pavement or verge that will make it safe enough. 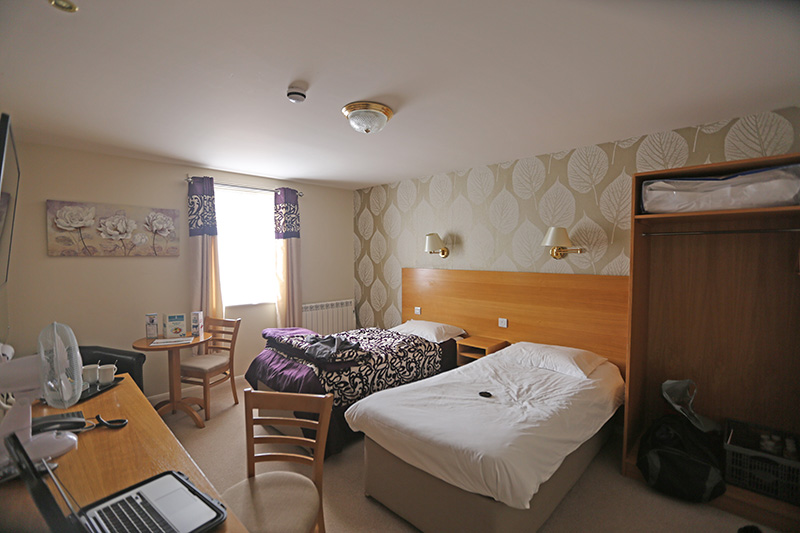 My room for the next week

Distance from Edinburgh is, roughly, 372 miles and took about 5hours 45minutes with a couple of stops and a traffic jam on the motorway 70 miles north of Birmingham the only really hold up (due to upgrading a stretch of motorway to a “smart” motorway).

Today was the 1st of the 2 courses, EOS for Beginners, start time was 10am with registration being from 9.45. As part of this course and the 1 on Friday all participants are sent a link to a pre-course video tutorial, which provides familiarisation training on your specific camera.

Although had watched this at least once a day since receiving confirmation of my booking I had time to watch it a final time before the course as was up early enough (this particular tutorial looks mainly at where the main buttons are that allow you to access certain functions on the camera and is broken down in to 5 separate videos, of which you only need to watch the 1 relating to your specific camera).

I was the 1st to arrive in the training centre, based in what was a dovecot (according to EOS staff – there is a sign on the outside which states “John Harbone’s pigeon house 1616”). The rest of the participants slowly trickled in with the last arriving 5 minutes before 10. On all the EOS training course’s there is a place limit of 12, on this course there was only 5 (myself, a father and son, another guy by himself and a single woman) and I was the only 1 using a pro level camera the rest had various models of entry level DSLR’s.

Our instructor for the day was Brian Hall, who worked for Canon for many years (1st for a Canon distributor and then moved over to Canon to set-up the UK photo division in 1982) before leaving to set-up EOS Training in 2000 with another former Canon employee, Nina Bailey who was responsible for training at Canon (and is the instructor for Friday’s course). 1 of the 1st questions Brian asked was where we had travelled from for the course – which I won hands down as having come the furthest (the next furthest was from Brighton – he had travelled up to stay with his dad, also on the course, who lives nearby).

The course revolved, mainly, around what you need to take a good photograph, the meanings of various terms (ISO, aperture & shutter speed), how to configure them in camera, how each works in conjunction with the others, the focusing system (though due to the fact that this course is open to all EOS users and does not focus on specific models could only touch on focusing, which is covered in more depth on other course’s – such as the 1 I will be doing Friday, which Brian has assured me Nina will give all participant’s brain ache due to the amount of info we will be provided with!!!).

After most of the day learning about the above the day ended with a practical element where we got out of the classroom and into the village to practice what we had learned in the theory. And I could certainly see a difference in my photograph’s over just using the auto mode (was also handy having Brian along as if there were any questions on what would\could be a good setting to use the he was happy to provide this information – see below for some example’s).

Sunlit Window – while still a little dark on the left side of the photo before this course would not have been able to get a shot anywhere near as good as this (Brian suggested a way to get this photo when I asked and then it was up to me to attempt it!!) 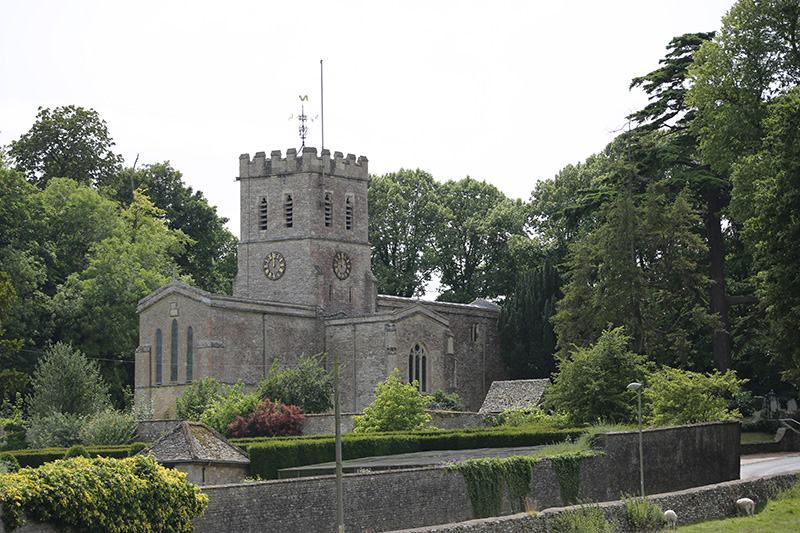 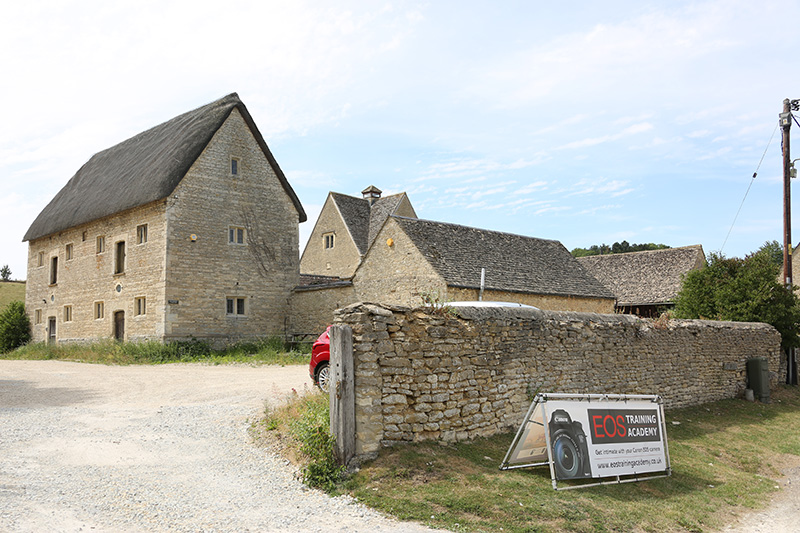 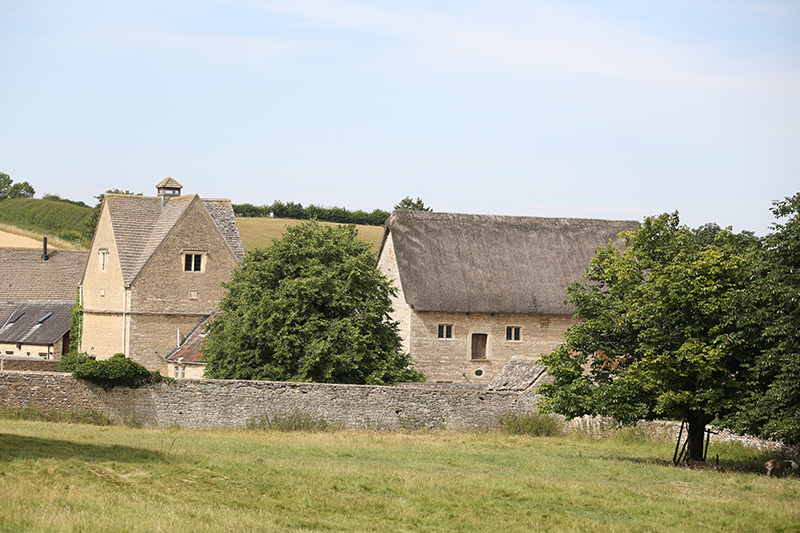 None of these photos required any post-processing, as would have been the case before I did this course and, as mentioned, on the 1 titled “sunlit window” would not have been possible – would have been a photo that was pretty much entirely black with the sun light being the only light part of the image!! 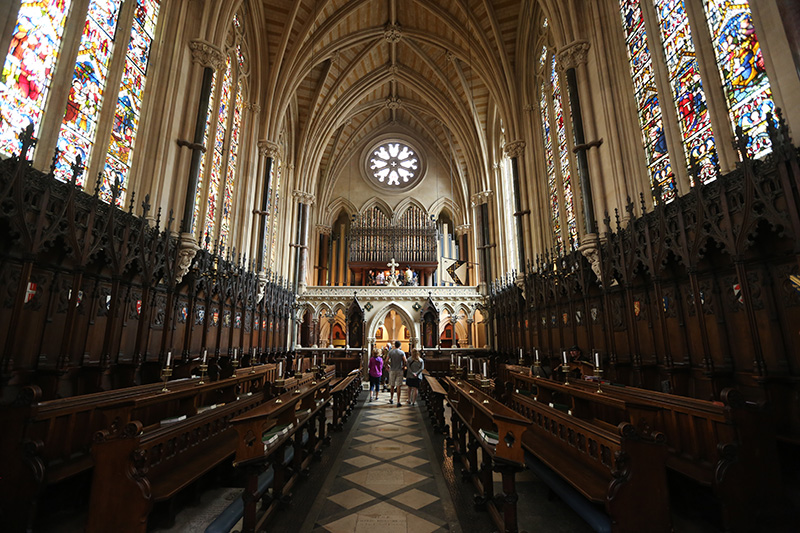 Before arriving in Oxford had booked a walking tour of the city and a tour of the castle (this is the only way to see the castle as you are not allowed to wander at will – until after the tour!!).

The walking tour was taken by Chila, a Hungarian, and consisted of around 14\15 people.  The tour was advertised to run for 2 hours but ran a little over (myself and 1 other got a little extra added as the walk didn’t end where it started but we went with the guide back to the start and she added the little extra by going back through the covered market).  During the walk we got to see the chapel and dining room of 1 of the colleges, were given information on how the university is run (how applications are processed, what the student gets for their money and the history of several different colleges) and shown the window for the library used in the Harry Potter film’s (as is part of the Bodleian library – which we could see from the outside but where not allowed to go inside as is only authorized readers allowed).  Only really excitement on the walk was when a cyclist turned the air blue at a pedestrian that walked out in front of him – pedestrian was more interested in her phone than her or anyone else’s safety and the cyclist was less than amused!!!!!

After lunch did the castle tour and climbed St Georges Tower (which is part of the tour) to get good views over Oxford (though not great today as was very overcast with on\off drizzle). At the top of the tower our guide gave us information on the history of the construction of the castle before heading down for more information on its use both as a castle and as a prison (up until 1996!). 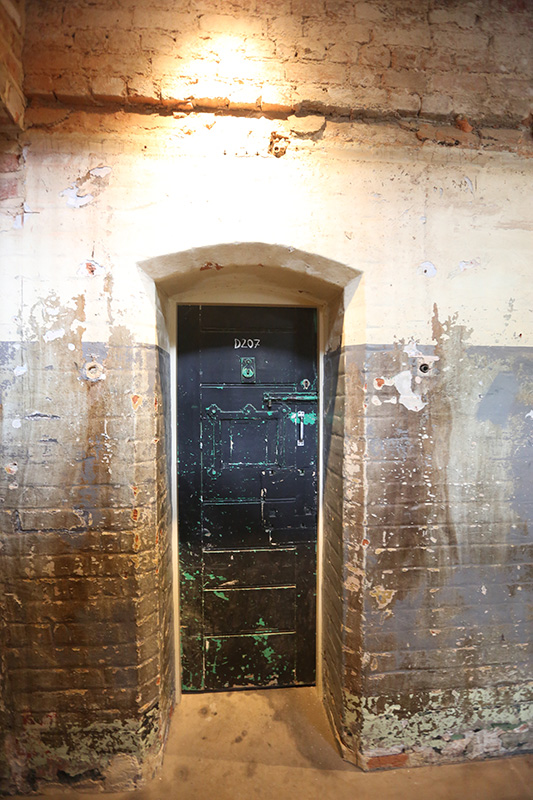 Rest of the day was spent wandering around Oxford, going back to places visited during the walk to get photo’s I hadn’t got at the time.  Finished the day of by refuelling the car and getting dinner at the supermarket next to the petrol station.

Today looked like it might have been a complete washout – left my hotel room for breakfast to be met with rain!!!  My plan for the day was to visit Winston Churchill’s grave, Blenheim Palace (grounds & gardens’ only), the miniature village in Bourton-on-the-water and finishing off with Broadway Tower.  Fortunately the weather did clear up and by lunch time there was blue skies and on\off sunshine.

Finding Winston Churchill’s grave was a bit of a challenge, fortunately the GPS on my phone was working well and after putting in the name of the church I found his grave.  No really surprise that the grave is not better marked as the church is down a narrow lane (parking is extremely limited to 1 side of the road and is, more than likely, meant for resident’s only – though not sign posted to say so & I got lucky and was able to park quite close).  Was also able to have a look inside the church – where there is a small exhibit about Winston Churchill and some details\photo’s on is burial there in 1965. 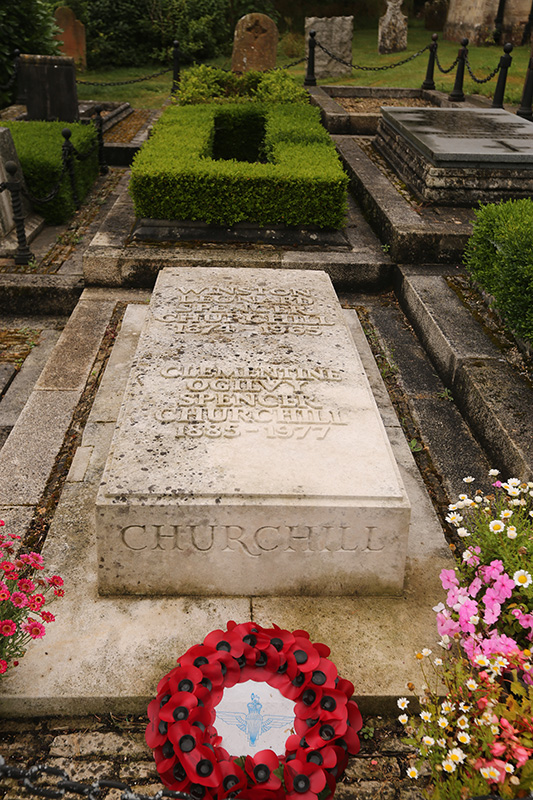 Blenheim Palace while interesting was, I felt, over-priced for what you could see – access to the ground’s and gardens cost £15.30.  The longest walk around the perimeter didn’t have any really good views until you start coming back toward the main palace and 2 of the gardens look inaccessible on the map as at both ends there is an icon for no entry and a quick look for access near the palace proved fruitless – no signs or obvious paths to either!!! 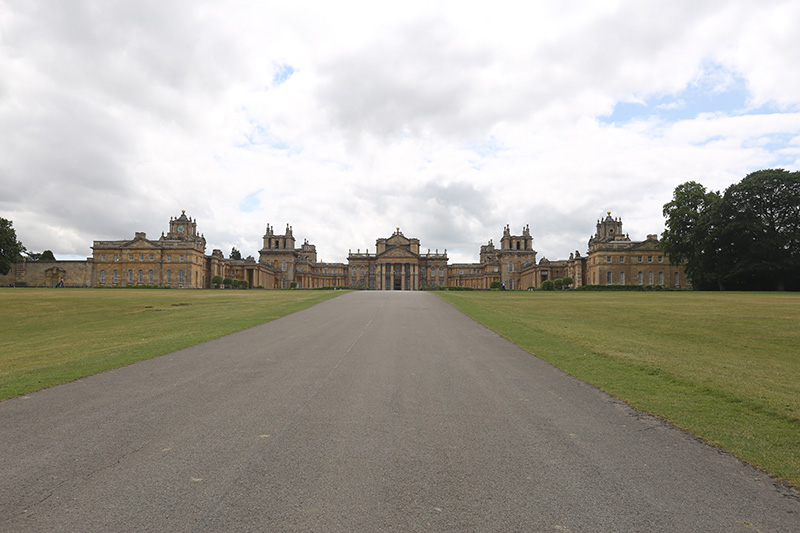 The miniature village in Bourton-on-the-water however was better value, although covering a small area at a charge of £3.60 is well worth a visit to what is a grade 2 listed attraction and shows the village of Bourton-on-the-water in miniature (with fully dressed shop windows and a choir singing in church!!) and, mainly, laid out the same as the village (the only building out of place is 1 of the churches and this is labelled as such and lets visitors know where it would be if located properly, outside the perimeter wall of the site!!). 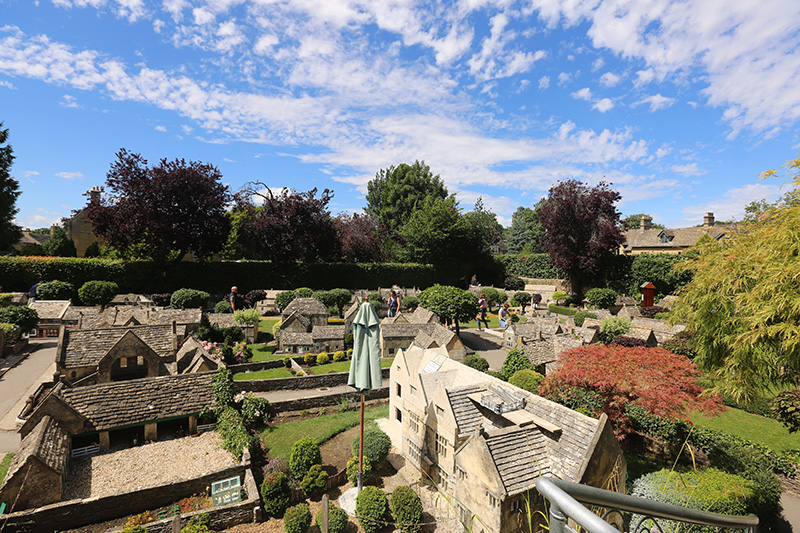 Final stop of the day was the 18th century Broadway Tower.  Used as a house up until 1972 and now a museum, with an entry fee of £5 not a bad price as there are 4 levels inside (the ground floor level is a shop where you also buy your admission ticket and the other 3 levels comprising a museum with each level detailing a different aspect of the towers history) and topped off with a roof top viewing area, giving excellent views of the surrounding countryside (with plaque’s attached advising of which counties and hills are visible from that particular viewpoint).  On the path to the tower is a small memorial to the aircrew of a Whitley bomber that crashed near the tower in 1943, interestingly the crew was made up of 2 RAF crew members and 3 RCAF members, and a small nuclear bunker (only open on Saturdays) is situated a short distance away. 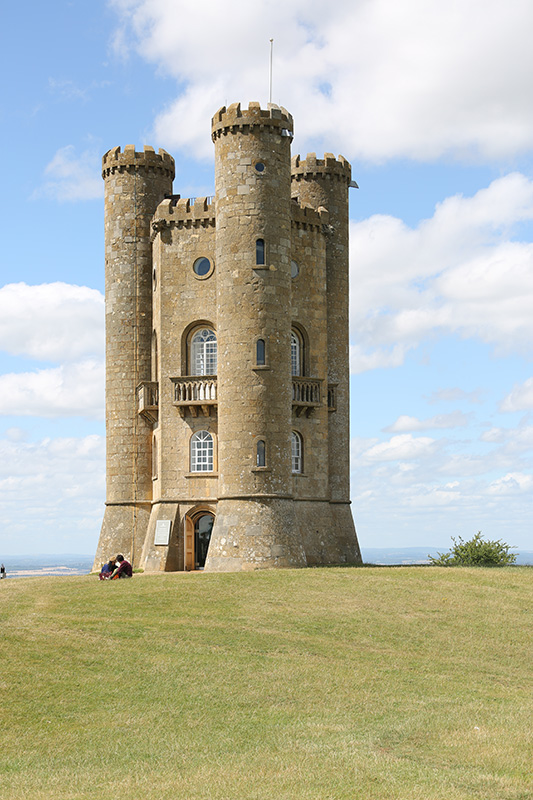 Got talking to the lady manning the desk at the bunker as when I went in she was on the phone and apologised as she was trying to get thought o the doctor for her dad. When I came down I asked if she had got through and she was still trying – she then asked about my camera (she recognized the model as she has looked at buying 1 – but can’t decide if she wants to spend that much) and we had a chat about photography for a few minutes (till the next people wanting tickets came in looking to go up the tower).

Today was the 2nd of the 2 courses planned for the week, Optimise your EOS 5D Mark III.  No practical element as such to this course – is on familiarizing yourself with the different menu options and the different ways to set the camera (so while no photos were taken we could try adjusting settings on our camera’s).  Another useful and interesting course, this time with a few more participants (8 in total).

Course was taken by another former Canon employee, Brian Worley, though he still works for them in a consultancy capacity Another interesting and informative instructor (you can check out his website here).

Today was the drive back to Edinburgh. Completely uneventful, traffic seemed to move better than on the drive down on Monday but took an extra 15 minutes to get home (6hours instead of 5hours 45minutes).